For a start, as a preamble, here are some excerpts from various sources on the problem of tuberculosis (TB), which are quite strange to read at the beginning of the third millennium, since many people confidently believed that there has been enough time to solve this problem during the past two millennia:

- More than any other infectious disease, TB kills approximately 1 million women per year. Each year, TB kills 100 000 children. Tuberculosis is the most common cause of orphanage;

- Untreatable bacteria can destroy the progress of TB control achieved in the last 50 years. There are no drugs to combat some resistant TB bacteria (in developed countries 50 million people may be infected);

- The majority of people infected with TB never become sick because their immune system prevents the development of TB mycobacteria. Only 5 to 10 percent of those infected develop TB. Scientists today do not know exactly why some infected people develop TB and die, while others do not;

- At least one person is infected with TB every second, 1 percent of the world's population are infected each year. Untreated persons infect on average 10–15 neighbors during a year. For major cities, this figure is considerably higher. The most susceptible to infection are prisons, the Army and the Navy, where the concentration of people living together for a long time is the greatest. According to the WHO over the past two centuries, TB killed about a billion people. The WHO warns that unless we take urgent action, in the next 10 years, TB will kill an estimated 30 million people and infect 90 million people. Further, by the end of 2020 a billion people will have been already infected: 200 million people will be sick and 70 million people will die. So much for the White Plague (because of the extreme pallor seen among those infected)!

Currently, we know two approaches to fabricating laser systems for the TB treatment. They are based on excimer lasers and installations making use of important benefits of miniature solid-state diode-pumped lasers. The peak of the bacteriostatic activity of the generated laser radiation in various forms of TB lies at a wavelength of 265 to 266nm, and in this case, the effectiveness of its action is equal to unity. The wavelength of 248nm, which is emitted by an excimer laser, is closest to this range. At this wavelength, the interaction efficiency amounts to 0.8, which requires a proportional increase in the irradiation time. For a solid-state Nd:YAG laser (fourth harmonic) the radiation wavelength is equal to 266nm. The interaction efficiency of this wavelength is 1.0. The pulse energy with an average output power of 10mW (equal to the product of the energy in a single pulse by the pulse repetition rate). The power is determined experimentally in cultures of bacteria for the exposure time of 10 to 15min.

For an excimer laser the pulse repetition rate is no more than 100Hz; therefore, the energy of a single pulse is less than 0.1mJ, which can lead to tissue burn at a pulse duration of 5–10ns. To ensure a ‘soft’ effect on tissues, it is needed to reduce the pulse energy by one or two orders of magnitude, which is possible, but requires a proportional increase in the exposure time. At these energies (0.1mJ) an optical fiber is usually damaged. An optical fiber requires a high optical purity of working surfaces which is problematic when administering it in various cavities. The destruction of the output end of the fiber may cause penetration of small glass fragments into the patient. In a solid-state laser the pulse repetition rate is maintained at a level of 10000Hz; therefore, the energy of a single pulse is only 0.001mJ. That is why the soft tissue burn and destruction of optical fibers in the case of solid-state lasers is fundamentally impossible.

The presence of hazards when working with lasers discussed is as follows. An excimer laser has in its design a significant amount of harmful gas. Besides, this laser requires a high voltage for its operation (about 10kV). The design of solid-state lasers is free of hazards, whereas the cost of the components of these lasers is approximately comparable with that of excimer lasers.

As for the additional conditions of production of the laser sources discussed, excimer lasers, apart from standard a optical-mechanical and an installation sites, also require the presence of a vacuum site, equipped to work with poisonous gases. The production of solid-state lasers requires only a standard optical-mechanical and an installation sites.

An Amulet semiconductor laser apparatus with a fiber for introducing radiation in the affected area through an injection needle is intended for the treatment of destructive forms of pulmonary and bone TB that are resistant to conventional medical treatment, as well as to shorten the treatment of common forms of TB by topical exposure of the infected surface to ultraviolet (UV) radiation with a wavelength of 266 nm, which has very strong bactericidal and bacteriostatic effects. UV radiation in this case has low intensity and only affects the microflora without any damage of the living tissues of the human body. The typical time of UV irradiation of the affected area is 5 to 15min. In this case, the traumatic effect is absent.

The Amulet apparatus (Figure 1.) is designed to treat patients with tuberculosis affecting lungs, bronchi, bones and joints, to cure diseases associated with suppurative infections and other inflammatory processes, with the abnormal healing process, with the immune system variations and instability of the capillary circulation. In addition, the apparatus can be used in endosurgery, phthisiology, otolaryngology, traumatology, stomatology, treatment of burns, gynecology, therapy, surgery, urology, proctology, and dermatology.

Table 1: The main technical characteristics of the Amulet apparatus. 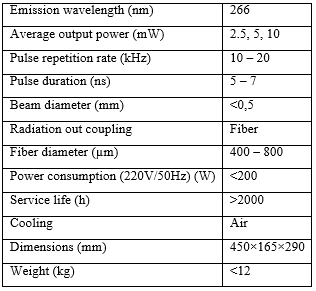 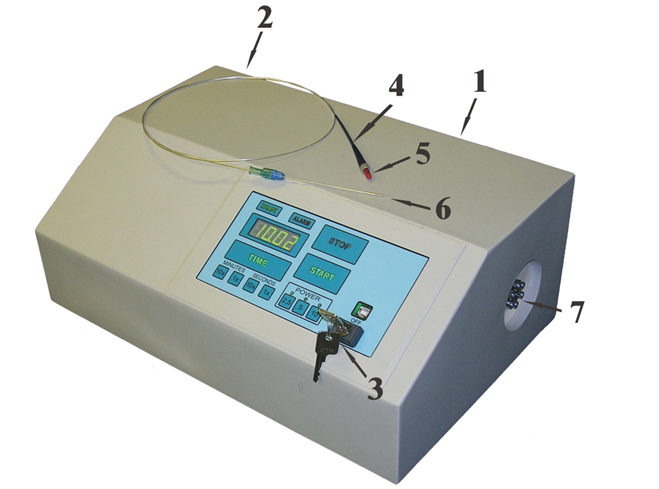 Clinical Trials of the Amulet Apparatus 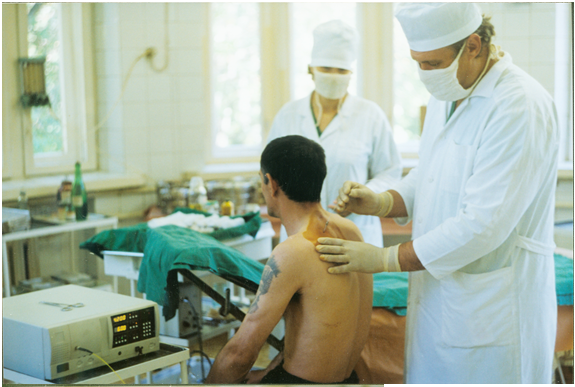 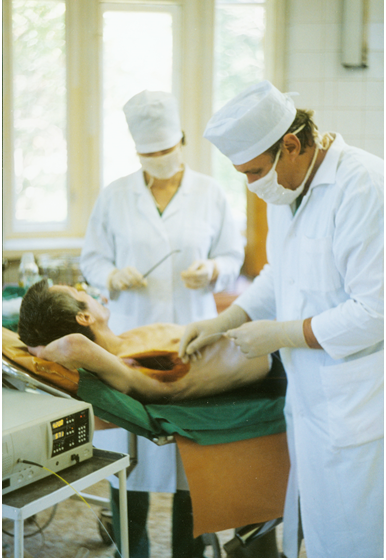 Figure 2 and 3: Treatment of TB by laser.

Thus, the clinical trials performed allow us to make a conclusion that a therapy UV solid-state diode-pumped Amulet laser is effective in the treatment of TB-affected tissues and bones due to the bactericidal and bacteriostatic effect and stimulation of reparative processes. It could be used for many other applications in the practical medicine.