Darwinism with the Recognition of God: Planet Earth Awesome or Awful

In an earlier review I stated a rather “atheistic” statement about the evolutionary forces involved during the course of human evolution (Figure 1). That evolution has no plan of a “Benevolent Supreme Being”, and that “impersonal forces” drive evolution. That “by accident” plays a large role in the selection of these traits which were under these conditions the most favorable for survival. That e.g. “the development of the human brain has not been developed by a guiding hand, but through a conclusively endless series of ‘breedings’ and ‘eatings’ out of which some traits were developed and became what we see today”. I gave some quotes of Prof. Dr. Steven Weinberg (born May 1933) who gave his wise vision on the Netherlands television in the series “Beauty and Consolation around twelve years ago (Wim Kayzer, VPRO-television) [1] which had a great impact on me when I was a student. 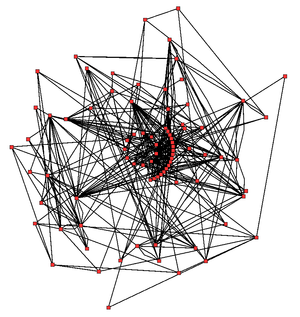 Figure 1: Example of Impersonal forces, a world in which ‘by accident’ plays a large role in the selection of these traits which were under these conditions the most favorable for survival.

I remember and could imagining what he went through as a survival of the holocaust, lost his loved ones and family during that horribly inhumane genocide, and used the word "silly" and "shut up, I'm bigger than you are”, in the mutual relation between perpetrator and victim. It was for him still unbelievable  to accept that a civilization that had produced so much beautiful works of art such as poetry (Goethe), music, composers such as Bach, Brahms, Beethoven, etcetera that such a cruel and horrible system evolved just within such a country with such a high level of art of the emotions. And that these cruelties were a handling dictated by the “mysteries of mysteries” the omnipotent human brain with its protective mechanism of ‘mirror neurons’. Anytime you watch someone doing something, the neurons that your brain would use to do the same thing become active-as if you yourself were doing it. Like [2] stated: ‘If you see a person being poked with a needle, your pain neurons fire away as though you were poked’. And we all know what horrible conditions people had to live in concentration camps at the time. And that after such happenings with a violent impact on your life, you can no longer believe in a God who cares about the individual and that such events also determine your vision of the evolutionary laws. That evolution is just the outcome of a mathematical algorithm at the African savannah. Or according to the vision and reasoning of Richard Dawkings in “the Blind Watchmaker:” Natural selection, the blind, unconscious, automatic process which Darwin discovered, and which we now know is the explanation for the existence and apparently purposeful form of all life, has no purpose in mind. It has no mind and no mind's eye. It does not plan for the future. It has no vision, no foresight, no sight at all. If it can be said to play the role of watchmaker in nature, it is the blind watchmaker" [3]. And I add “the individual doesn’t count and is in the constant Darwinian “Struggle for Survival”. Such as in extremity in the holocaust which totally overrules and ‘damages’ a person’s character and personality when he survives. And it is in further life the struggle to continue with ‘a balanced stabile mind’ with a sound perception on the “Beauty and Consolation” of our evolutionary product, planet Earth “awesome or awful” with its products of evolution. But “evil” has according to religious people not to do with Gods will but with the ‘free will’ of human being. From a neurological perception [2] defines ‘free will’ in the following way: “Your left inferior parietal lobe constantly conjures up vivid images of multiple options for action that are available in any given context, and your frontal cortex suppresses all but one of them. This need to inhibit unwanted or impulsive actions may have been a major reason for the evolution of ‘free will’” [2]. From an ethical and moral point of view it sounds like a rather innocent ‘brain action’, even when the worst crimes against humanity have been committed.Fortunately, I don't stay in such a sad mood with such bad thoughts for long and in most cases 'Beauty and consolation' of the natural sciences brings me back to reality. In the next session, I will give a neurological example that makes me believe that 'by accident' - as mentioned earlier to avoid the image and -according to my sound perception- wrong view of the 'Supreme Being' (Adonai), because this example clearly defines the conditions for a driving force "up" the evolutionary ladder for "encephalization", (as a counterpart to the second law of thermodynamics that everything falls back into chaos (entropy)).

Recently I made a literature search what conditions a high-fat diet induced mouse model with "brain steatosis" (overgrown brain) must meet in terms of dietary conditions, age, gender and other experimental conditions before it is effective and doesn't lead to ignition of the brain tissue. The behavior / high-fat diet studies listed in table 1 are only a limited representation of the available literature. Just like a small laboratory setting how ‘evolution’ could work with its so mystified ‘favorable traits’, here clearly defined, for natural selection. It would be going too far to conduct a further more complete literature study for this editorial. For a more extensive overview of literature, see the review of [4]. However, table 1 provides sufficient experimental design information to initiate the process of evolutionary encephalization, in combination with a positive effect on behavior in some very incidental cases. Generally speaking, a high-fat diet results in inflammatory responses in the brain such as ceramide generation, β-amyloid accumulation, as well as neural apoptosis under the insulin resistant conditions [4,6]. This can be prevented by following the experimental design as in our mouse model (were found by happenstance) [7]

2) Only take males because the estrogenic component has an inflammatory effect [8];

3) Do not expose the experimental animals to a high-fat diet for too long, for example, until this young mouse model has become insulin resistant (IR) after 40 days [7].

4) Not to take extremely high fat concentrations like [8,9] performed in their experimental design with 41% fat, but instead chose intermediate levels for example 24% fat [7]

5) Take not just a high-fat diet with any composition but more specific consisting of bovine lard with the following biochemical peculiarity with especially high levels of Arachidonic acid (C20: 4, ω-6; ARA) and Docosapentaenoic acid (C22: 5, ω-3; DPA) for which the need for this is described in detail in [10]

7) Adding compound like a type 2 diabetes (T2DM) drug -such as Liraglutide- that helps the lipids pass through the blood brain barrier (BBB) [12];

8) Administration of brain inflammation inhibitors such as melatonin [11]

10) In addition, oral intake of EPA: DHA at a ratio of 6: 1 by middle-aged rats for one week improved age-related endothelial dysfunction in both the femoral artery and vein [15] and has possibly a stimulating effect at blood vessel formation which is an important evolutionary trait for human brain encephalization.

Briefly summarized, we hypothesize all these ten research variables should result in a better memory performance and cognitive functioning in these rodent models (table 1). Reflecting it towards the evolutionary sciences, “the ladder up” or are these ten preconditions (‘favorable traits’) just a matter of staggering incomprehensible statistics (chances to meet each other) or more comprehensible algorithmic mathematics (a set of rules that precisely defines a sequence of operations)? Or nevertheless the hand of a “Benevolent Supreme Being”?  It can be defined as the complexity (≈Adonai) behind the complexity (≈evolution). Bringing together all these favorable traits; I repeat, in a countless series of ‘breedings’ and ‘eatings’).

Figure 2: “Adonai” complexity behind the complexity of “evolution”. Or according to Richard Dawkings "A deity capable of engineering all the organized complexity in the world, either instantaneously or by guiding evolution ... must already have been vastly complex in the first place ..." [3].

So, in summary, going back to our small evolutionary laboratory setting, review-like (table 1). Most high-fat diets based on a westernized eating profile results in brain inflammation [16,17]. Only under specific high-fat conditions which are mainly based on bovine lard given to a juvenile rodent model containing many unsaturated FAs we have indications of ‘brain steatosis’ without brain inflammation [18,19] together with improved cognitive function [20].

If these mouse models with "brain steatosis" are a reflection of what happened to the first hominids about 2.4 million years ago in the East African savannah, then it is amazing that precisely those biochemical conditions occurred in terms of lipid composition of the meat of prey animals - especially the ancestors of the African buffalo (Syncerus caffer) - which enabled human brain growth [10]. And by this we can explain the exponential growth spurt of Homo habilis with its 800 cm3 brain to that of modern man Homo sapiens with its 1500 cm3 brain. Considering all this, I can only say with complete devotion: "God's works are wonderful and what a wonderful awesome and sometimes awful world (presently with the Corona pandemics) he created".

Table 1: Behavioural changes in rodent models after exposure to a high-fat diet. 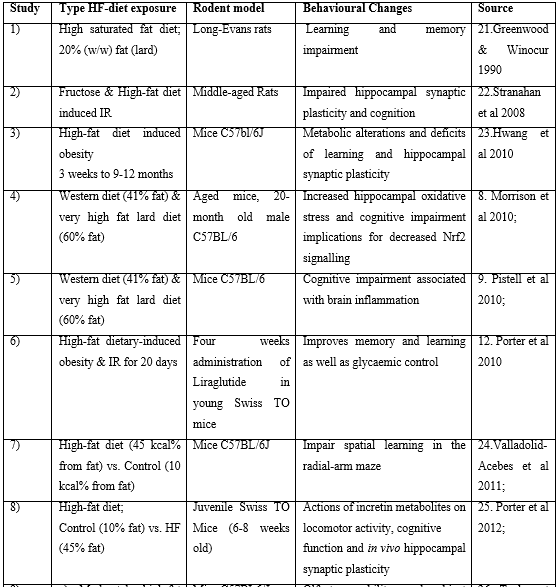 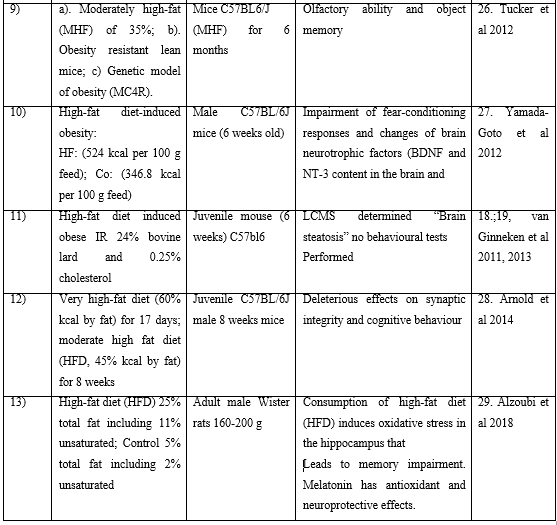