Extramedullary plasmacytoma is a rare malignant immunoglobulin producing tumor that results from the proliferation of monoclonal plasmocytes and progresses to a systemic form, Multiple Myeloma, in the absence of early diagnosis and treatment. We present the case of a 58-year-old man hospitalized with a pneumococcal pneumonia, acute kidney injury and anemia. During hospitalization there was progressive hypercalcemia with neurological damage and he presented persistent epistaxis from the right nostril. The patient also reported nasal obstruction and right posterior chest pain with a few months of evolution.  From the study carried out it was detected the presence of a serum monoclonal peak of G immunoglobulins and serum and urinary Kappa light chains. Histological examination of the nasal mass revealead characteristics of plasmacytoma and bone biopsy demonstrated the presence of 28% plasmocytes in the bone marrow. A CT scan of the chest detected two other plasmacytomas in the mediastinum with an anterior and posterior location to the sternum.

Plasmacytoma is a rare localized malignant tumor with an incidence of 0.34/10000 people/year that results from the proliferation of immunoglobulin (Ig) producing monoclonal plasmocytc cells that is located outside the bone marrow [1,2]. There are two main types which are bone plasmacytoma that corresponds to 2/3 of the cases and is predominantly located in the axial skeleton and extramedullary plasmacytoma that corresponds to about 4% of plasma cell disorders [1,2]. The most frequent location (about 80% of all cases) of extramedullary plasmacytoma is in the nasal cavity or nasopharyns and the main signs are epistaxis, rhinorrhea and nasal obstruction [1,3]. The diagnosis is established by histological examination of the lesion that usually demonstrates monoclonal infiltration of plasmocytic cells and by excluding systemic involvement and target organ damage. Two thirds of the patients are male and the average age at diagnosis is between 55 and 60 years old [1]. The etiology is unknown but chronicle stimulation of the airway and digestive tract mucosa by inhaled irritants or viral infections is considered likely [1]. Multiple Myeloma is a plasmocyte tumor that produces monoclonal Ig that represents more than 10% of hematological neoplasms with an incidence of 4/100000 people/year and is more frequent in men over 65 years old [1].  The diagnosis implies an infiltration of more than 10% of clonal plasmocytes in the bone marrow or histopathological evidence of extramedullary plasmacytoma associated with the presence of myeloma-defining events which correspond to target organ dysfunction caused by the infiltration (anemia, hypercalcemia, osteolytic bone lesions, kidney injury) or one of the following malignancy biomarkers such as bone marrow infiltration greater than 60% of clonal plasmocytes; involved/uninvolved serum free Ig light chain ratio >100 (provided that the free Ig light chain is >100mg/L) or more than one focal bone lesion on magnetic resonance imaging (MRI) [4].

We present the case of a 58-year-old man with smoking and alcohol habbits and a history of two low respiratory infections in the last six months.  He went to the emergency department for dyspnea, fever and productive cough with three days of evolution and complaints of posterior thoracalgia and was admitted for bilateral pneumococcal pneumonia with small-volume bilateral pleural effusion causing hypoxemic respiratory failure associated with bacteremia to Streptococcus Pneumoniae, macrocytic anemia (Hg 10.2g/dL) and acute kidney injury. Treatment with oxygen, antibiotic and fluid therapy was instituted but during hospitalization the patient presented progressive improvement of inicial symptoms but referred the maintenance of posterior chest pain at the level of the costal grid without significant improvement with analgesic, stating that it had several months of evolution. He presented a progressive worsening of the neurological state with drowsiness and slowing of the speech and during the physical examination epistaxis was observed though the right nasal cavity. When questioned he reported sporadic episodes of mild epistaxis and a sensation of right nasal obstruction and hearing loss with a few months of evolution. Otorhinolaryngology (ORL) collaboration was requested which observed an ulcerated neoformative lesion in the right nasal cavity that obliterated it, starting at the cavum. Biopsy and computed tomography (CT) of the sinuses were performed. Analytically there was progressive hypercalcemia absent at admission and a complementary study was conducted to address its cause. The serum protein electrophoresis revealed a monoclonal peak in the gamma zone, immunoelectrophoresis revealed a predominance of IgG/Kappa (IgA 28mg/dl; IgG 6207mg/dl; IgM 10.1mg/dl) and free Kappa Ig light chains were presente in serum (Lambda 13.2mg/dl; Kappa 2050mg/dl; K/L 155) and urine (Kappa 24.6mg/dl; Lambda 0.37mg/dl). We also found an elevation on B2-microglobulin (18650ng/mL). Treatment with intensive fluid therapy and diuretic was instituted without significant effect so subsequently sodium pamidronate was administered with resolution of chest pain, recovery of neurological sattus and decrease in serum calcium levels in a few days and there was also resolution of the acute kidney injury. The CT scan of the sinuses demonstrated an “expressive opacification of the right nasal cavity due to a formation with soft tissue density, polypoid, which conditions demineralization of the turbinates bulging and demineralization of the medial wall of the maxillary sinus occupying the choana and nasopharynx (…) bilateral lytic areas on the base and skull (…) The lytic process reaches the bone elements of the cervical spine where it takes a multifocal pattern. The clavicles are involved bilaterally” (Figures 1 and 2). Subsequently he performed a MRI which revealed “marked involvement of the bone matrix in the cranial vaiul, at the base of the skull, in the maxillofacial mass and also in the cervical vertebrae associated with an epicranial soft tissue component suggesting infiltration of the bone marrow of likely malignant nature. A heterogeneous polypoid lesion in the right naso-choanal position is confirmed” (Figures 3 and 4). The histological examination of the nasal lesion revealead exclusively necrotic tissue. At discharge to oncology external consultation the patient presented pneumonia resolution without respiratory failure or pain complains, normal state of consciousness, renal function and normocalcemia but maintained macrocytic anemia (8.4g/dL). He was reevaluated by ORL who performed a new nasal mass biopsy that revealead “flaps of the respiratory and dermopapillary mucosa in whose chorion a neoplastic population of plasmocytic cells is identified”. Later a CT scan of the chest showed moderate bilateral pleural effusion and an area of soft tissue densification in the mediastinum posterior to the sternum with 43X20mm and another with 3cm anterior to the sternum compatible with two plasmacytomas, as well as multiple lytic lesions dispersed in the skeleton. Myelogram and bone biopsy were performed which immunophenotypic study revealead the presence of 28.14% of clonal plasma cells for IgG/Kappa chains compatible with Multiple Myelome. The cytogenetic and FISH study demonstrated amplification or rearrangement of the CCND1 gene in 56% of the nuclei. He performed a lumbar puncture that revealed no central nervous system invasion and repeated analytical study that showed a worsening in renal funtion and maintenance of anemia. Induction treatment with Bortezomib, Lenalidomida and Dexamethasone was proposed followed by consolidation with intensive chemotherapy and bone marrow auto-transplantation. During treatment he presented cellulitis of the right orbit, paresis of a vocal cord although without pharyngeal tumor lesions and pathological fracture of the left ulna in a place of apparent lytic área submitted to conservative treatment (Figure 5). 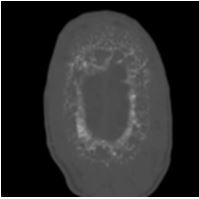 Figure 1: Lytic lesions in the scull in CT scan. 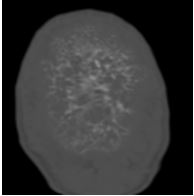 Figure 2: Lytic lesions in the scull in CT scan. 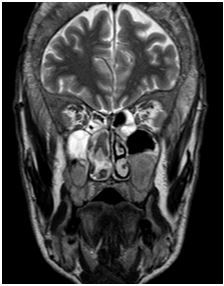 Figure 3: Plasmacytoma in the right nasal cavity in MRI. 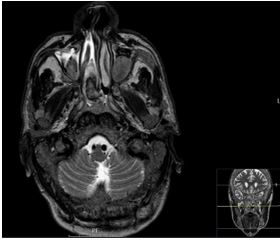 Figure 4: Plasmacytoma in the right nasal cavity in MRI. 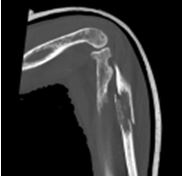 Figure 5: Fracture of the ulna in CT scan.

We present a rare case of an extramedullary plasmacytoma in a 58-year-old caucasian man with no relevant medical history. Our study was initially directed to the cause of hypercalcemia that manifested during hospitalization in a patient whith pneumonia, respiratory insufficiency, acute kidney injury and anemia at admission. The anamnesis brought very important data such as the existence of two respiratory infections in the previous six months in addition to the episode of bilateral pneumonia with bacteremia that motivated hospitalization. In fact infections are frequent complications in patients with multiple myeloma and responsible for high morbidity and mortality conditioned by the state of immunodeficiency promoted by hypogammaglobulinemia and other imune disorders [5]. The presence of posterior chest pain with several months of evolution also corresponds to characteristic finding of the disease. Complementary diagnostic tests made possible to objectify the presence of osteolytic bone lesions in the skull, vertebrae and skeleton and the suspicion diagnosis was corroborated by several biomarkers namely the presence of a monoclonal peak of IgG, free Ig light chains in serum and urine and the presence of 28% clonal plasma cells in the bone marrow.  However new data from physical examination during hospitalization, specifically the presence of unilateral epistaxis combined with complaints of ipsilateral nasal obstruction and the observation of a mass in the right nasal cavity supported by the previous blood results raised the hypothesis that it was an extramedullary plasmacytoma as a differential diagnosis of squamous cell carcinoma given the patient´s habits. Thus, from the findings described above, the patient presented diagnostic criteria for Multiple Myeloma, the systemic form of the disease that probably spread from an extramedullary plasmacytoma [4]. Variable rates of progression to Multiple Myeloma have been described in the literature from 10% in 3 years to 30-50% in 2.5 years [1,4]. In fact the patient had local signs and symptons for several months which conditioned this late diagnosis and made it impossible to use focal radiotherapy and/or surgery which constitutes first-line treatment [3] with the aim of local control and disease remission since it is a tumor with high radiosensitivity and sucess rates above 90% [1,2].